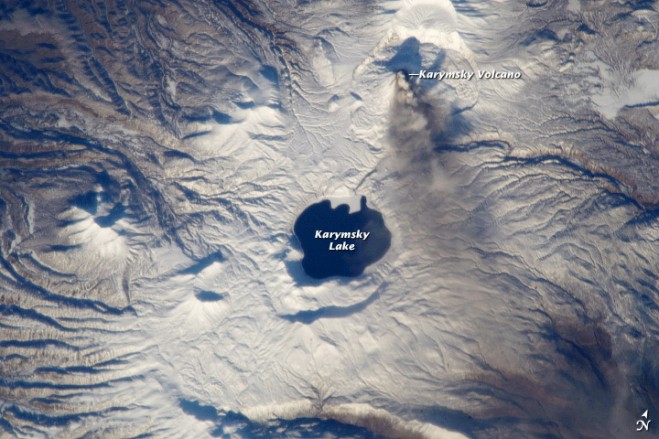 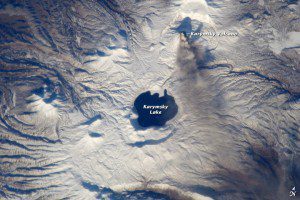 This astronaut photo reveals the Karymsky stratovolcaono less than two hours after it erupted on Nov. 9, 2012. Karymsky is the most active of Kamchatka’s eastern volcanoes, a region where, on a geologic time scale, volcanism has occurred constantly since at least the late 18th century.
Because of the high levels of volcanic activity on the Kamchatka Peninsula, the Kamchatka Volcanic Eruption Response Team (KVERT) monitors the activity levels of several volcanoes and issues updates, including aviation alerts and webcams. KVERT reported moderate seismic activity at Karymsky between Nov. 2–9, 2012.

Such activity can indicate the movement of magma beneath or within a volcanic structure and that an eruption may be imminent. The Tokyo Volcanic Ash Advisory Center subsequently reported an explosive eruption at Karymsky on Nov. 9 at 22:15 Universal Time.