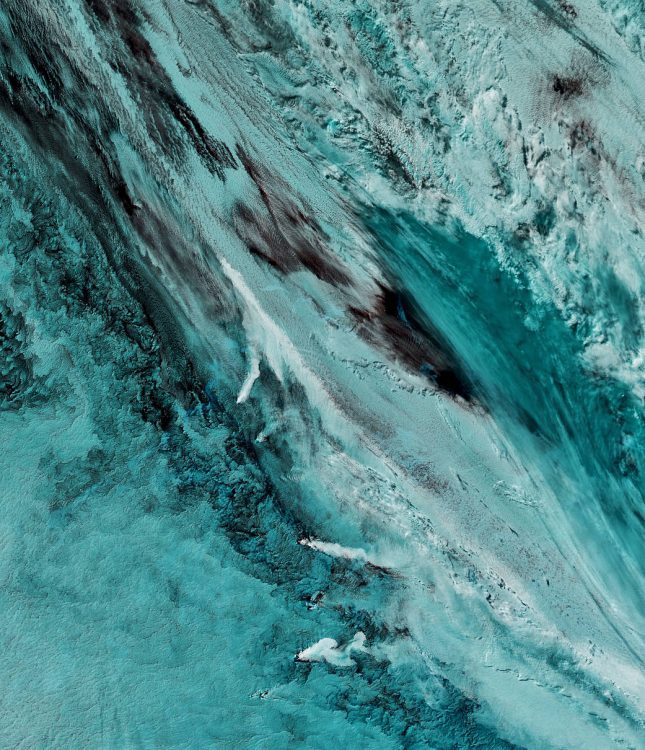 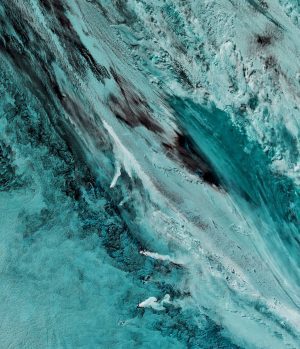 The combination of clouds and ice can make it difficult to see plumes of volcanic ash in natural-color imagery. Using portions of the electromagnetic spectrum that are typically invisible to the naked eye—such as infrared—enables satellites to distinguish ice from ash and clouds or reveal hotspots underneath a smoky wildfire.

Captain James Cook discovered the southern eight islands of the Sandwich Islands Group in 1775. The word “South” was later added to distinguish them from the “Sandwich Islands,” now known as the Hawaiian Islands.