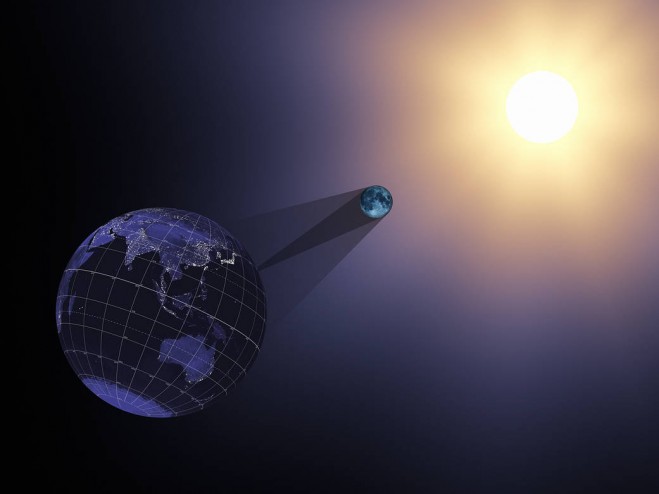 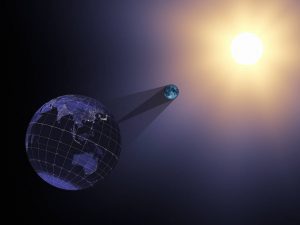 On Aug. 21, 2017, the Earth will cross the shadow of the moon, creating a total solar eclipse. Eclipses happen about every six months, but this one is special. For the first time in almost 40 years, the path of the moon’s shadow passes through the continental United States.

In the animation from which this still was taken, the Earth, moon, sun and shadow cones are viewed through a telescopic lens on a virtual camera located far behind the Earth. Long focal lengths such as the one appear to compress the distance between near and far objects. Despite appearances, the geometry of the scene is correct. The moon’s umbra cone is roughly 30 Earth diameters long, barely enough to reach Earth, while the sun is almost 400 times farther away.