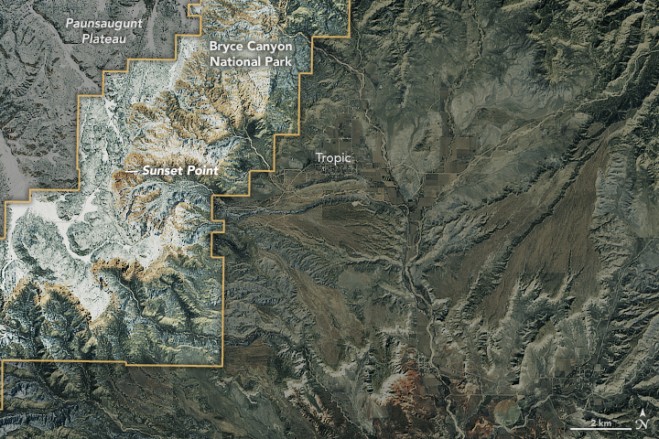 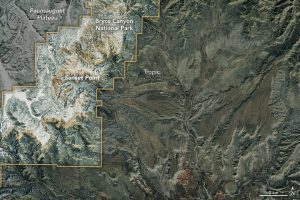 This Landsat 8 satellite image collected by its Operational Land Imager shows the north-central part of the park in the vicinity of the main amphitheater. Unlike canyons sculpted primarily by a river, Bryce Canyon is the result of weather-induced erosion. Through time, weathering shaped the hoodoo-filled amphitheaters that descend from the east side of the Paunsaugunt Plateau. Compared to Zion Canyon just 80 kilometers away, Bryce Canyon is about 300 meters higher in elevation, and the climate is cooler and moister.