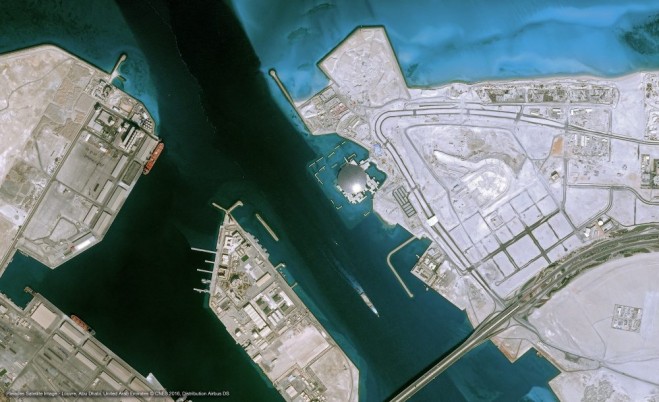 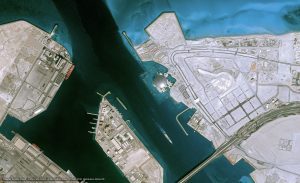 As part of a partnership between France and Abu Dhabi, a new Louvre museum has been under construction in the city since 2009. As the name suggests, the museum will host international art, but the curators plan to use this opportunity to bring together Eastern and Western art.

The museum is a dome constructed to allow sunlight to pass through and is intended to give the impression that the building is floating on water. As of October 2016, it was estimated to be 50 percent complete.

A CNES Pleiades satellite, which captured this image, provides optical high-resolution panchromatic (0.7 meter) and multispectral (2.8 meter) imagery, with global coverage and a daily observation accessibility to any point on Earth.