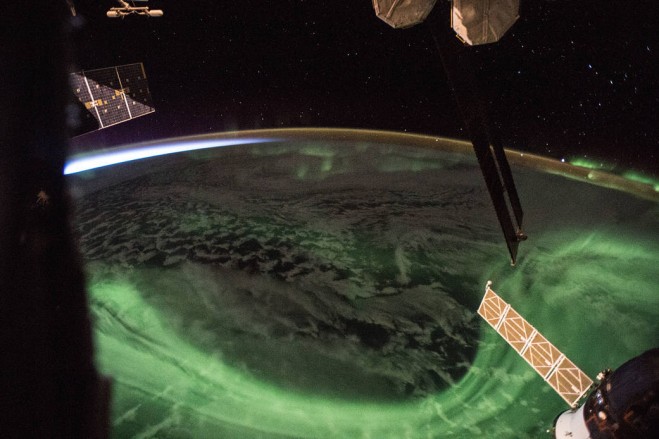 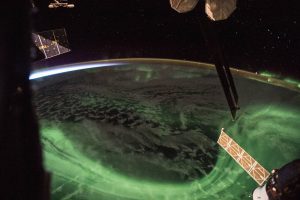 “Sunrise crashes an aurora party over the southern hemisphere,” said astronaut Ricky Arnold of the image he snapped from the International Space Station.

Auroras are one of the many Earthly phenomena the crew of the space station observe from their perch high above the planet. The dancing lights of auroras provide spectacular views, but also capture the imagination of scientists who study incoming energy and particles from the Sun.

Auroras are one effect of such energetic particles, which can speed out from the Sun in a steady stream called the solar wind or from giant eruptions known as coronal mass ejections (CMEs). After a trip toward Earth that can last three days, the solar particles and magnetic fields cause the release of particles already trapped near Earth, which trigger reactions in the upper atmosphere in which oxygen and nitrogen molecules release photons of light. The result: the Northern and Southern lights.