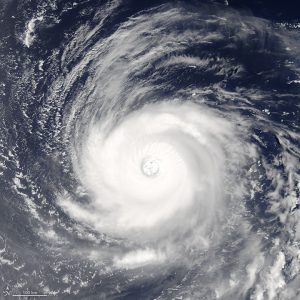 At the time, the center of Noru was located about 250 kilometers southwest of Iwo Jima Japan. Maximum sustained winds measured 240 kilometers (150 miles) per hour, making it the equivalent of a category 4 storm. The typhoon had weakened somewhat since July 30, when it briefly became a category 5 storm”the strongest so far in 2017 in the northern hemisphere. Some forecasts suggest that Noru could ultimately head toward mainland Japan, but not for several days.