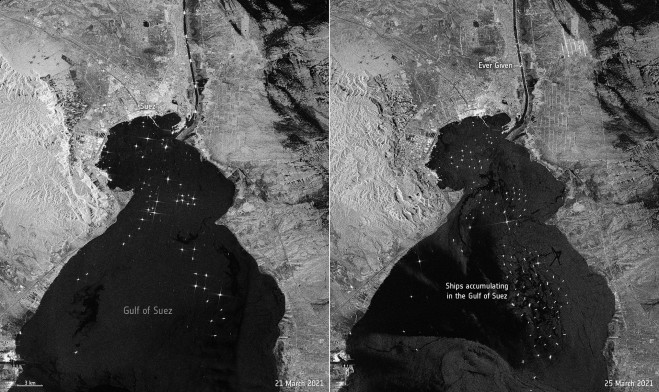 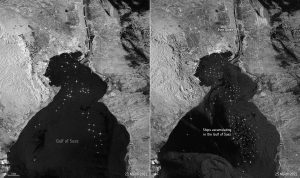 The enormous Ever Given container ship, wedged in Egypt’s Suez Canal, is visible in images captured by the Copernicus Sentinel-1 mission.

The giant container ship ran aground in the canal on March 23, 2021, on its journey from China to the Netherlands. The image on the left, captured on March 21, shows routine maritime traffic in the canal with vessels visible every 2 to 3 kilometers. The image on the right, captured on March 25, shows the 400-meter ship blocking the canal, which connects Port Said on the Mediterranean Sea to the Indian Ocean via the Egyptian city of Suez on the Red Sea. The blockage delayed hundreds of tankers and vessels in reaching their destination, and ships can be seen accumulating in the Gulf of Suez.