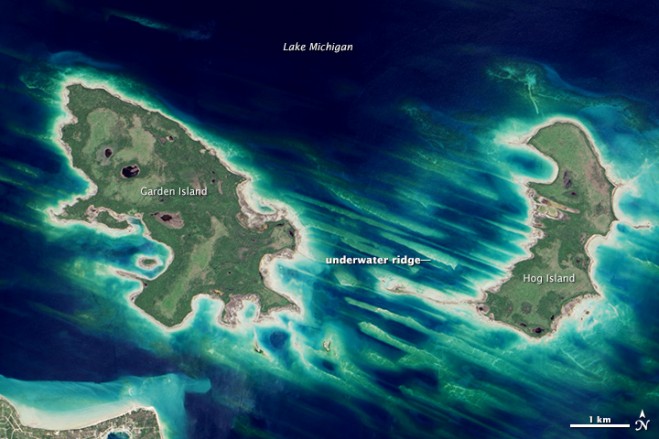 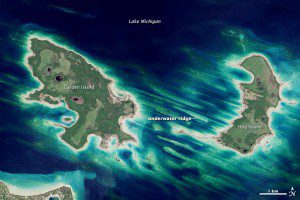 Over thousands of years, retreating glaciers scoured and carved out much of the basin that now holds Lake Michigan. But in some parts of the lake, patches of erosion-resistant rock still protrude above the water. A cluster of small islands in the far northern reaches of the lake includes the Beaver Island archipelago. 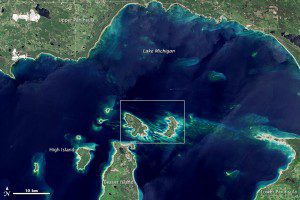 In this Landsat 8 image, which offers a broader view, Beaver Island and the other islands are shown in the context of the great lake. Dense forests, swamps and sandy beaches dominate the landscape. Offshore, deeper waters appear dark blue, while shallow areas are turquoise.

The islands are composed of limestone bedrock covered with a layer of sand and gravel (glacial “till”). Except for Beaver Island, the largest of the group, the islands are unpopulated. About 700 people live on Beaver Island, mainly in a small town on the northern part of the island. A Native American community survived on Garden Island until as recently as the 1900s, but the size of the community dwindled until the last remaining resident died in the 1940s.