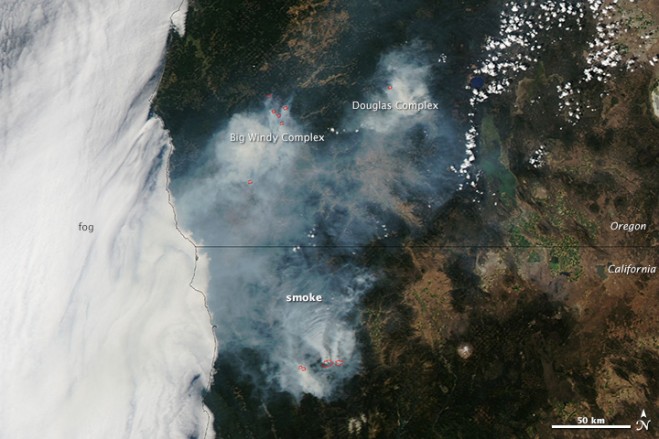 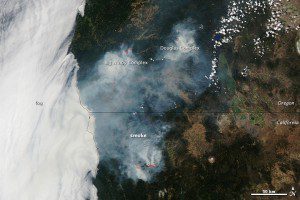 On July 26, 2013, thunderstorms passed over southern Oregon, and lightning ignited dozens of difficult-to-control wildfires. Persistently dry weather since the beginning of 2013 had primed forests to burn, and nearly all of southern Oregon was in a state of severe or moderate drought. The Douglas Complex north of Glendale, the largest of the fires, has scorched nearly 45,500 acres and now is 50 percent contained, according to The Oregonian.