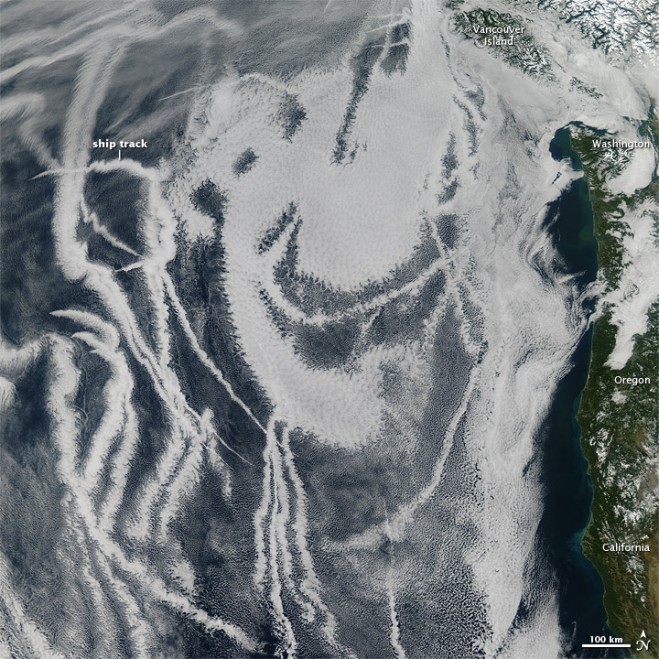 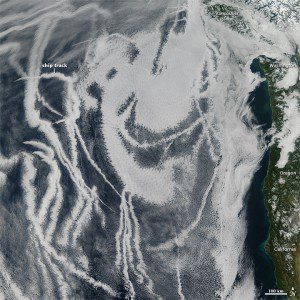 On Jan. 15, 2013, NASA’s Aqua satellite captured a trail of serpentine cloud shapes snaking across the eastern Pacific Ocean. Some were natural clouds, while others were ship tracks—clouds seeded by particles in ship exhaust.
Tiny airborne particles (aerosols) act as nuclei or seeds for cloud formation, as water vapor condenses onto them. The aerosol particles may be natural—such as desert dust or sea salt—or artificial, including the particles emitted by ships. The particles in ship exhaust are more abundant than natural airborne particles such as sea salt, so they generate more and smaller cloud droplets. Because of this, ship tracks tend to be brighter than other clouds.