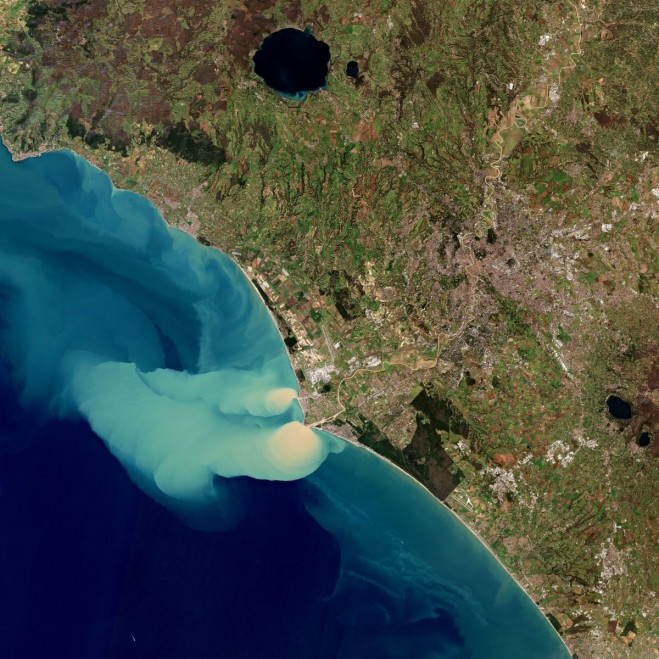 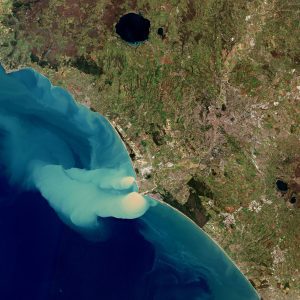 The Copernicus Sentinel-2B satellite captured this true-color image on Feb. 5, 2019, just three days after heavy rainfall in Rome and the surrounding area of Lazio, Italy. It shows sediment gushing into the Tyrrhenian Sea, part of the Mediterranean Sea. The downpour on Feb. 2, 2019, led to flooded streets as well as the closing of the banks of the Tiber River and several roads.

The Tiber River can be seen snaking its way southwards in the image. The third-longest river in Italy, it rises in the Apennine Mountains and flows approximately 400 kilometers before flowing through the city of Rome and draining into the sea near the town of Ostia. The Tiber River plays an important role in sediment transport, so coastal waters here are often discolored. However, the recent rains resulted in a large amount of sediment pouring into the Tyrrhenian Sea, as this image shows. The sediment plume can be seen stretching 28 kilometers from the coast, carried northwest by currents.