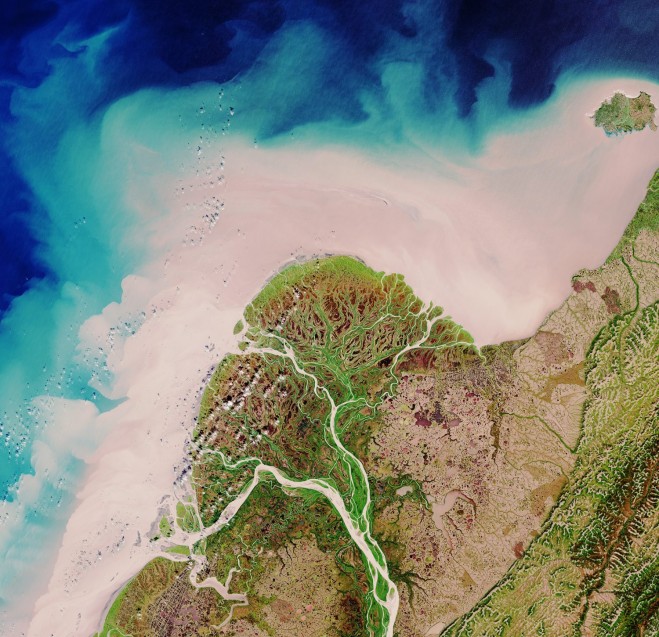 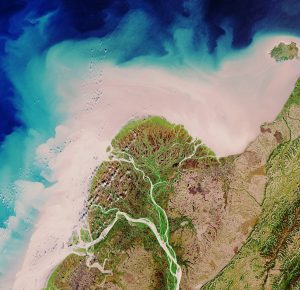 The Yukon River rises in British Columbia in Canada and flows through Yukon Territory before entering Alaska and finally draining into the Bering Sea. This image from the Copernicus Sentinel-2 satellite, recorded on Aug. 29, 2017, shows how the river branches off into numerous channels that meander through the low-lying terrain on their way to the sea. The sandy color of these channels and the coastal water illustrates how much sediment the river carries to the sea at this time of year.

It is estimated that 95 percent of all sediment transported during an average year occurs between May and September. During the other seven months, concentrations of sediment and other water-quality constituents are low. However, scientists also believe that sediment flow has increased during the last few decades because permafrost is thawing in the Yukon River Basin, and ice breakup occurs earlier in the year owing to warmer air temperatures. This is important because elevated concentrations can adversely affect aquatic life by obstructing fish gills, covering fish spawning sites and altering habitat of bottom-dwelling organisms. Metals and organic contaminants also tend to absorb onto fine-grained sediment.