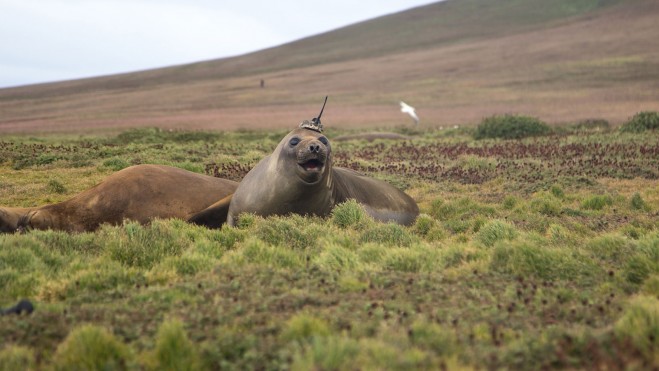 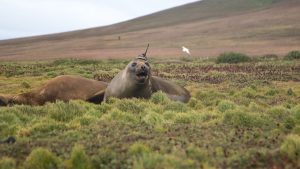 A tagged elephant seal basks on Kerguelen Island, a French territory in the Antarctic. Elephant seals are tagged as part of a French research program called SO-MEMO (Observing System – Mammals as Samplers of the Ocean Environment) operated by the French National Center for Scientific Research (CNRS).

The tags—actually, sensors with antennas—are glued to the seals’ heads in accordance with established ethical standards when the animals come ashore either to breed or molt. The researchers remove the tags to retrieve their data when the seals return to land. If they miss a tag, it drops off with the dead skin in the next molting season.