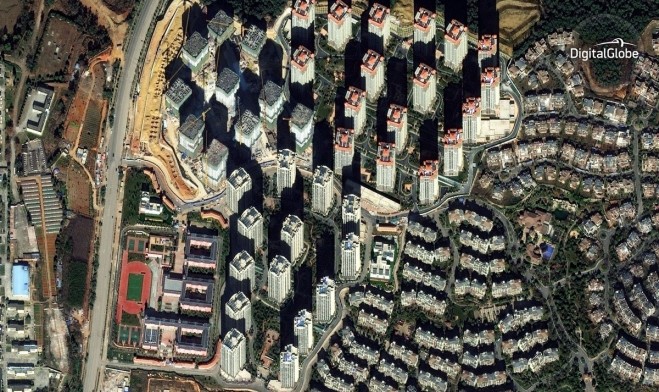 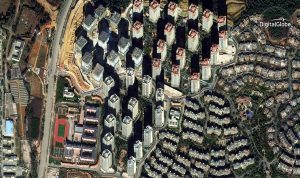 Chenggong was labeled a ghost city in 2012, with reports of 100,000 vacant apartments. Five years later, the city still looks very empty, yet new skyscrapers are being built. (Credit: DigitalGlobe)

China still has a startling number of vacant real-estate developments, judging from new satellite analysis by DigitalGlobe and Business Insider.

Chinese “ghost cities” have made headlines for nearly a decade, with huge new real-estate developments sitting mostly empty for years. Some see them as a sign China is heading for a real-estate crash. Others see them as the typical style of urban expansion for a giant state-run economy.

Although some ghost cities are reportedly filling in, the problem isn’t going away. A recent Baidu study of phone data gave clear evidence of 50 cities with areas of high vacancy. And in fall 2016, China’s richest man called Chinese real estate “the biggest bubble in history.”

Business Insider looked inside some ghost cities with the latest in satellite technology, including time-lapse images, to show what’s making progress and what isn’t. Read the full article here.