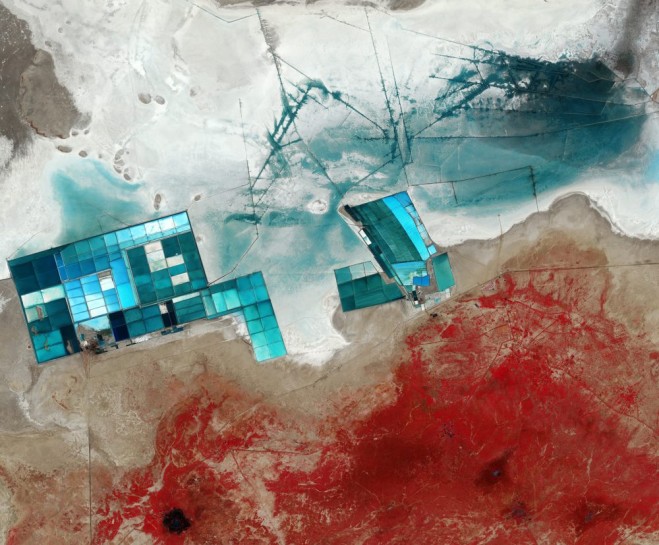 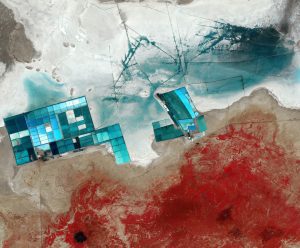 In this false-color image, shades of blue in the pools and surrounding land come from varying mineral content as well as the different depths of the pools. (Credit: contains modified Copernicus Sentinel data (2015), processed by ESA)

One of the largest salt deserts in the world, the area fills with water during the summer monsoon season. During the drier winter, the vast white desert is a popular tourist destination, particularly for the Rann Utsav festival centered around a luxury “tent city”’ visible in the central-right part of the image as a series of semi-circles.

Large salt evaporation ponds dominate the satellite image. One of the major projects in this area is the production of potassium sulphate, which is commonly used in fertilizer.

To give an indication of the size of these ponds, the width of the cluster on the left is nearly 13 kilometers across. The lines in the upper-central part of the image are ditches used to control the flow of water for the ponds.