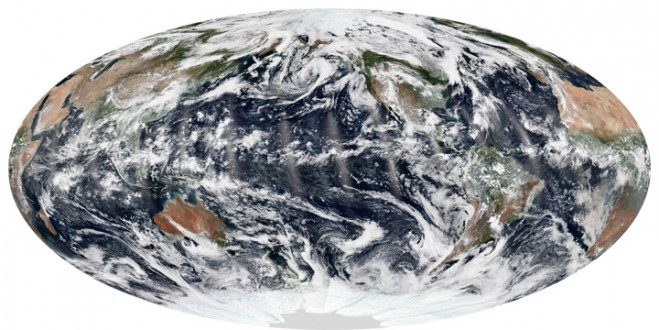 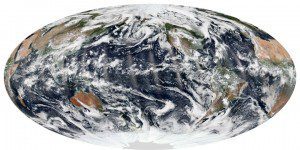 We live on a dynamic, restless planet. On any given day, there’s usually a cyclone, tropical depression or extra-tropical storm brewing somewhere on Earth. But for a brief moment in early September, the skies over all the oceans were relatively calm.

At the time of near-midday passes by the Suomi National Polar-orbiting Partnership satellite (Suomi NPP) on Sept. 8, 2013, there were no hurricanes, cyclones or tropical storms in the Atlantic, Pacific or Indian Ocean basins—a relatively rare occurrence at the height of the hurricane/cyclone season in the northern hemisphere. There was plenty of cloud cover, of course, as well as smaller storm systems.

The slow start doesn’t necessarily mean the hurricane season will be mild. “What happens in the early part of the season generally isn’t a good predictor of the second half of the season, which is when the majority of hurricanes and major hurricanes form,” said Gerry Bell, lead seasonal hurricane forecaster for the National Oceanic and Atmospheric Administration (NOAA). “NOAA’s outlooks are for the season as a whole, and not for any particular month during the season.”