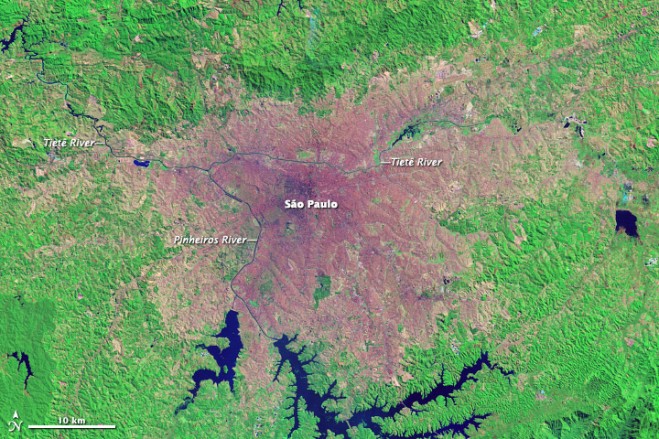 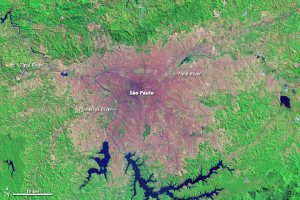 In 1986, São Paulo radiated out from a dense urban core, with the city getting gradually less dense.

With a population of more than 20 million—roughly 10 percent of Brazil’s population—São Paulo ranked as the 10th largest urban area in the world in 2014. The city is no newcomer to the list. For two decades starting in the 1980s, São Paulo was the fourth largest city in the world. As the city has grown, its suburbs have spread, and its urban core has become more dense. 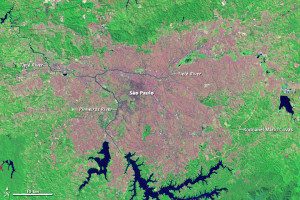 By 2013, the densely built area had spread southwest along the Pinheiros River. The most notable change, however, is the spread of the suburbs, where growth has been fastest. During the last decade, São Paulo’s suburbs added 1.7 million people; the city core added 800,000 people.

Landsat satellites captured this change in these two false-color images from 1986 and 2013. In both images, urban areas range from tan in the suburbs to pink and purple in the most densely built areas. Plant-covered land is green, and exposed earth is tan (like the urban areas).