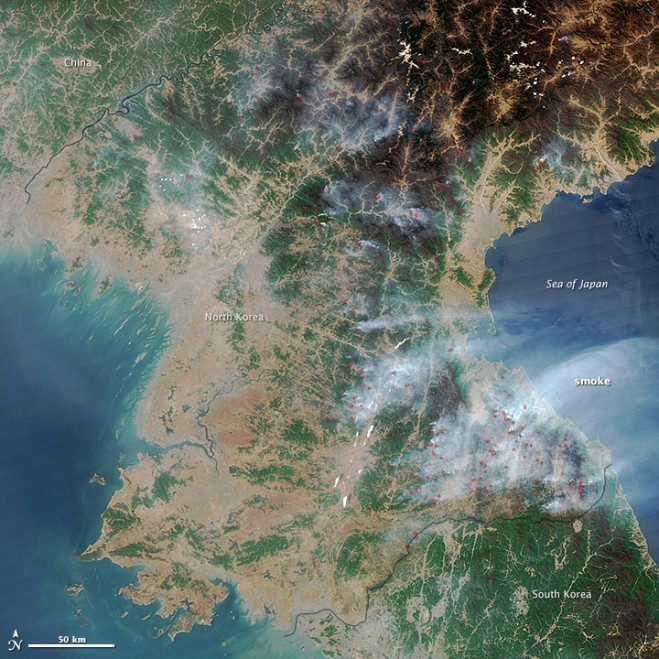 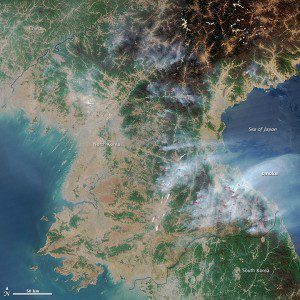 Actively burning areas, as viewed by NASA’s Aqua satellite on April 25, 2014, are outlined in red. Fields and grasslands appear light brown. Forests at lower elevations appear green; at higher elevations, forests are still brown at this time of year.

On April 25, 2014, NASA’s Aqua satellite observed dozens of fires burning in North Korea. Drooping wires on aging power lines are a common cause of wildfires in North Korea, according to a report published in The Asia-Pacific Journal. Collectively, the fires were producing enough smoke to send plumes of haze drifting east over the Sea of Japan.

Although North Korea’s best agricultural land is located on the coastal plain in the western part of the country, many people farm marginal land along rivers in mountainous areas. They use fire to clear debris from last year’s crop and to help fertilize the soil for the coming season. Many of the fires in the accompanying satellite image appear in farming areas along rivers.