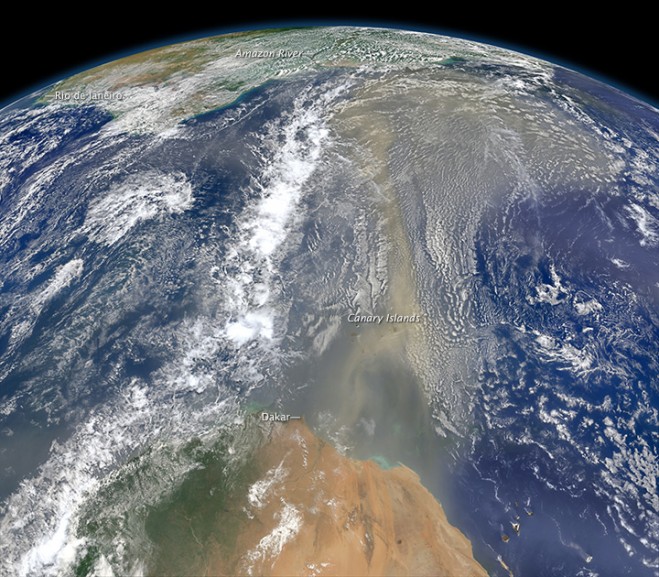 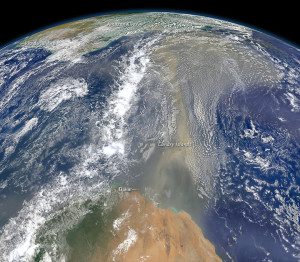 This composite image, made with data from the Visible Infrared Imaging Radiometer Suite on the Suomi NPP satellite, shows dust heading west toward South America and the Gulf of Mexico on June 25, 2014. The dust flowed roughly parallel to a line of clouds in the intertropical convergence zone, an area near the equator where the trade winds come together and rain and clouds are common.

A piece of Africa—actually lots of pieces—began to arrive in the Americas in June 2014. On June 23, a lengthy river of dust from western Africa began to push across the Atlantic Ocean on easterly winds. A week later, the influx of dust was affecting air quality as far away as the southeastern United States.