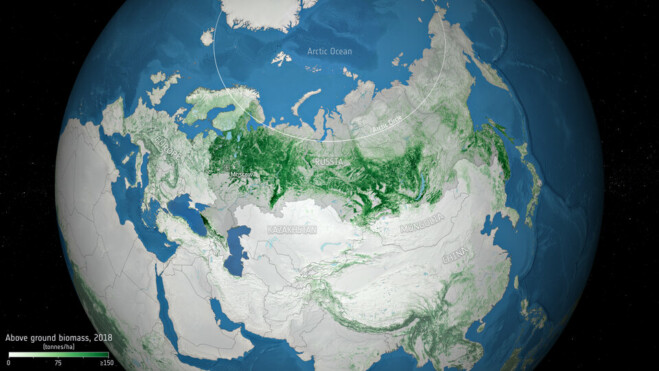 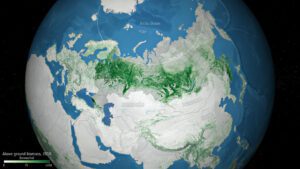 Russia has the largest area of forest on the planet, with more than a fifth of the world’s trees. A new study, led by Russian scientists using data from ESA’s Climate Change Initiative, produced new estimates of biomass contained in Russian forests, and confirms that the vast forested area is storing more carbon than previously estimated.

The study, published last month in Nature Scientific Reports, estimates that Russian forests contain 111 billion cubic metres of wood as of 2014, which equates to 39 percent higher than the value reported to the Food and Agriculture Organization of the United Nations (FAO) and the United Nations Framework Convention on Climate Change (UNFCCC).

Remote-sensing studies have already indicated increases in vegetation productivity and tree cover during the past decades. Yet Russia has reported almost no change in growing stock (+ 1.8%) and biomass (+ 0.6%) since the collapse of the Soviet Union and transition to a new forest inventory system.

This new estimate is in line with the results from the National Forest Inventory, but expands its capacity in terms of spatial and temporal representation. It is expected to have a major impact on how Russia reports its forest carbon stock.