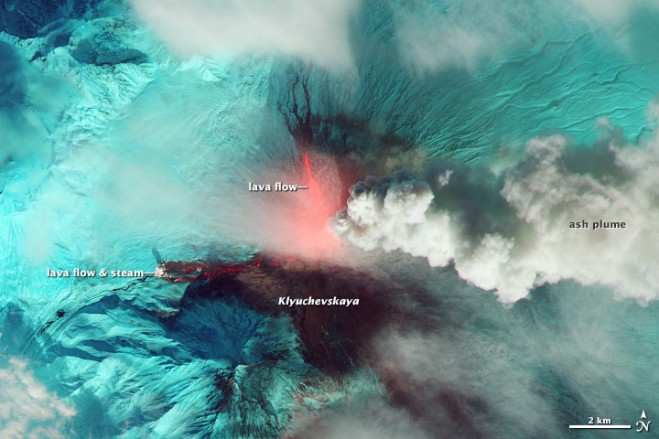 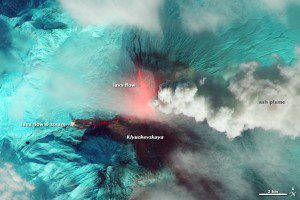 Located on Russia’s Kamchatka Peninsula, Klyuchevskaya (also spelled Kliuchevskoi) is one of the world’s most active volcanoes. Erupting since Aug. 15, 2013, the volcano’s intensity surged in October.