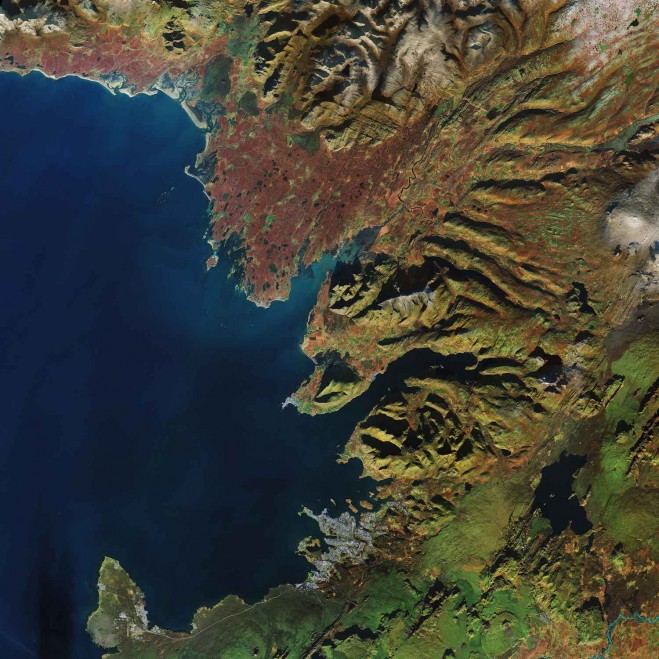 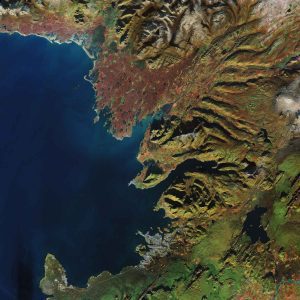 The Copernicus Sentinel-2A satellite takes us over Reykjavik, the capital of Iceland. As a volcanic island famous for its volcanos, glaciers, lakes, lava and hot springs, Iceland attracts tourists all year round with its vast array of natural wonders.

This true-color image shows the small city of Reykjavik, home to approximately 120,000 people and seen in the lower-central part of the image. The port town of Akranes, 20 kilometers north of the capital, is shown in gray in the center of the image. In between the two lies Mount Esja, standing just more than 900 meters tall and providing a dramatic backdrop to the capital.

In the upper-left part of the image, “kettle holes” are visible as small dark-green dots scattered across the reddish-brown area. Kettle holes are formed when blocks of ice break away from glaciers and then become buried in outwash. When these buried blocks of glacier ice melt away, they leave behind holes, which become filled with water and turn into kettle-hole lakes. They are often found in areas that were covered in ice during the last ice age, which ended approximately 12,000 years ago. Kettle holes are common in Michigan as well as parts of Germany, Austria and the United Kingdom.