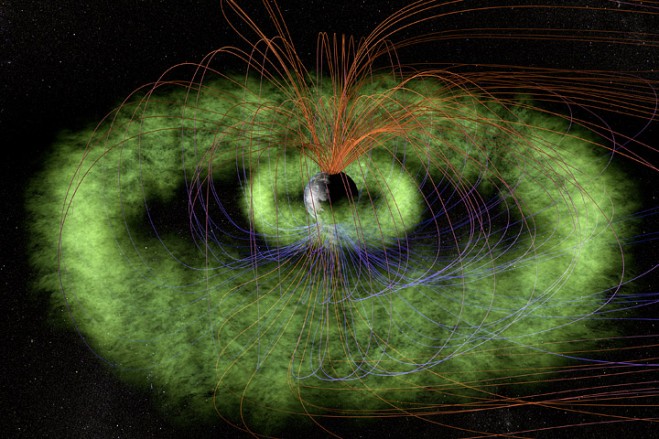 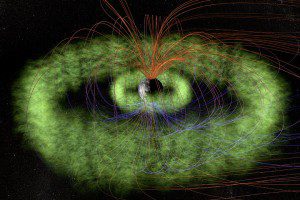 The behavior of the Van Allen Belts—named for James Van Allen, who led the team that discovered them in 1958—is wildly unpredictable. This artist’s conception shows the radiation belts (green), which are two doughnut-shaped (torus) regions full of high-energy particles that fill the near-space around Earth.
The blue and red lines between and around the belts depict the north and south polarity of the planet’s magnetic field. The inner belt, a blend of protons and electrons, can reach down as low as 1,000 kilometers (600 miles) in altitude. The outer belt, comprised mainly of energetic electrons, can swell to as much as 60,000 kilometers (37,000 miles) above Earth’s surface. Both rings extend to roughly 65 degrees north and south latitude.