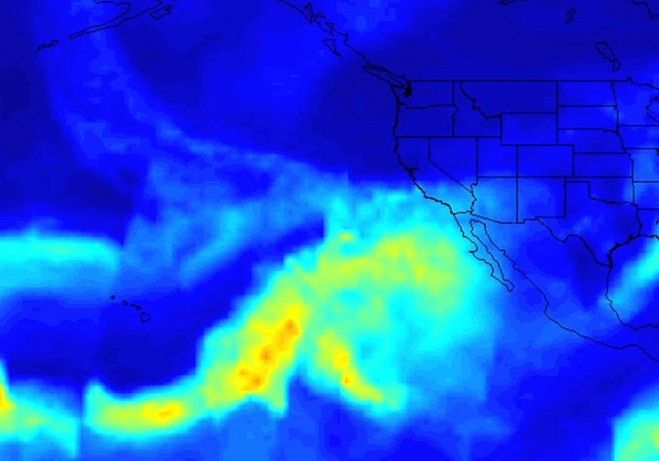 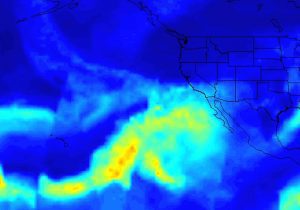 The “Pineapple Express” is as an atmospheric river, a large, slow-moving low-pressure center off the West Coast that taps into tropical moisture originating from as far south as the Hawaiian Islands. This moisture is channeled northeast by the subtropical jet stream toward the West Coast, where the topography squeezes out the moisture as air flows over the mountain ranges. Although these rains were needed in the drought-stricken area, they also led to flooding and mudslides.

The first storm in the series arrived the week of Jan. 2, 2017, bringing rain to northern and central California. The next storm occurred over the weekend of Jan. 7-8 and brought heavy rains to mostly northern and central Caliornia, although southern California also received significant amounts. This event lead to widespread flooding, downed trees and mudslides, especially in the Sierra Nevada, where hurricane-force winds occurred and Interstate 80 was closed due to a massive mudslide. A third wave of moisture on Jan. 11-12 brought blizzards, winter storms, high winds and flood warnings through the interior part of California, where several feet of snow were expected in the Sierra Nevada mountains.