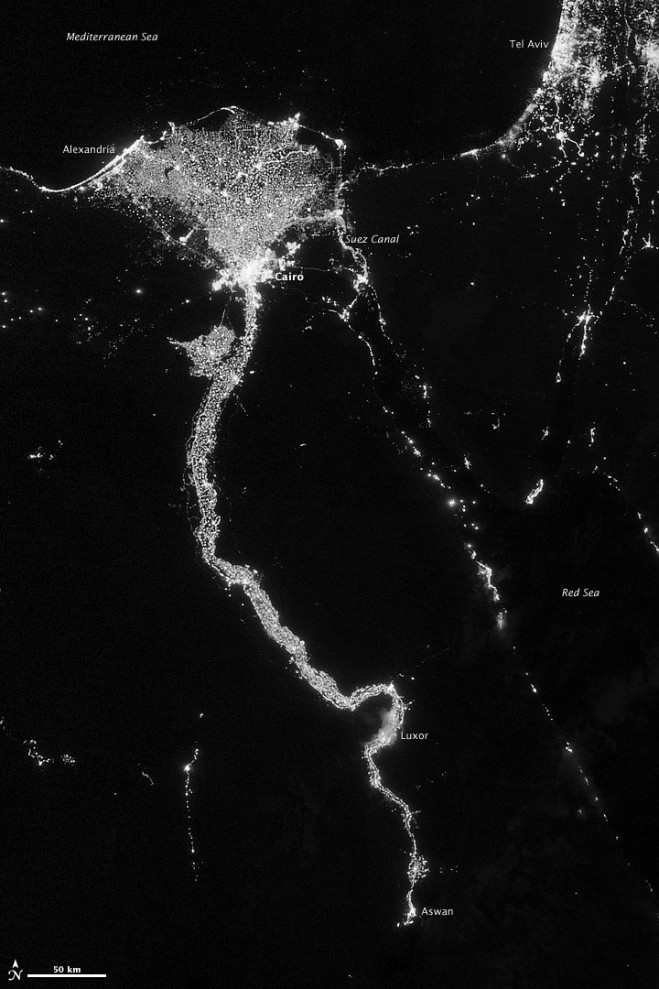 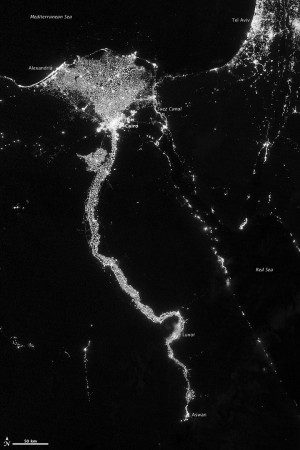 Nothing identifies the human population along the Nile River more clearly than the lights illuminating the river valley and delta at night. In this satellite image, the night lights resemble a giant calla lily, with just one kink in its long stem, at the great bend near the city of Luxor.
The Nile River Valley and Delta comprise less than 5 percent of Egypt’s land area, but they’re home to roughly 97 percent of the country’s population. On Oct. 13, 2012, the Visible Infrared Imaging Radiometer Suite (VIIRS) on the Suomi NPP satellite captured this nighttime view of the Nile River Valley and Delta. The image is from the VIIRS “day-night band,” which detects light in a range of wavelengths from green to near-infrared and uses filtering techniques to observe signals such as gas flares, auroras, wildfires, city lights and reflected moonlight.

Image courtesy of NASA, the National Oceanic and Atmospheric Administration and the Department of Defense.