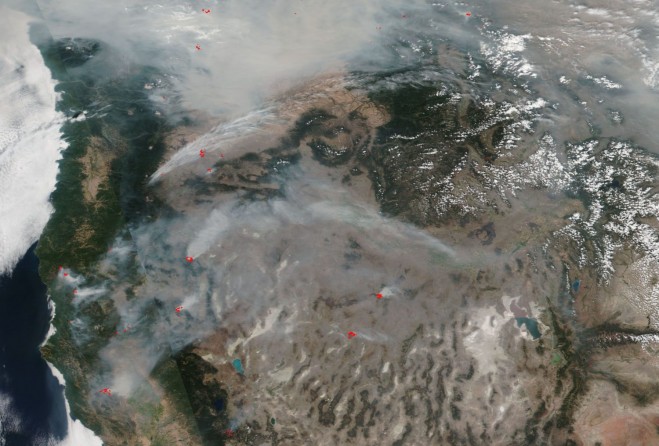 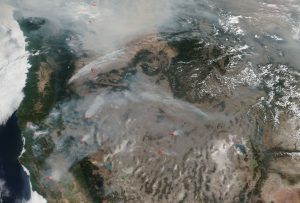 The West Coast of the United States is shrouded in smoke from the 110 large fires (this does not include smaller fires within each complex of fires) that have erupted across the region during this fire season. More than 1.9 million acres are or have been ablaze. Six new large fires were reported in Idaho, Nevada and Oregon over the weekend, and eight large fires have been contained, including the Ferguson Fire near Yosemite National Park in California.

Weather concerns in the area include warmer-than-average temperatures that will continue in the west with diurnal winds and marginal overnight humidity recoveries. Isolated storms will be possible along and west of the Continental Divide in Montana and Wyoming. These storms could also bring more lightning strikes and more blazes to areas with increasingly dry conditions. A breezy easterly flow will blow across the western half of Montana and possibly northern Idaho that could possibly allow fires to spread farther. With the center of the high-pressure area located mostly over southern California, the normal wind flow will be suppressed, and the rain that might come to this area will be contained mainly in areas near the Mexican Border, which will not help firefighting efforts. Further north, low pressure will bring cooler temperatures and possibly isolated storms to the Pacific Northwest.

Smoke from these fires has traveled along the west to east jet stream, and that stream is bringing the smoke across the country as far as the East Coast.