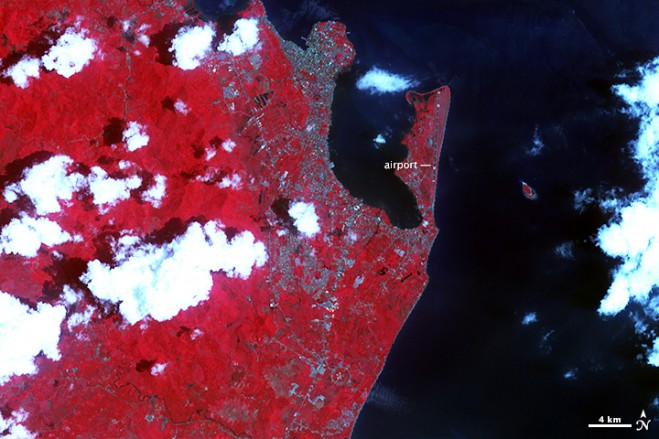 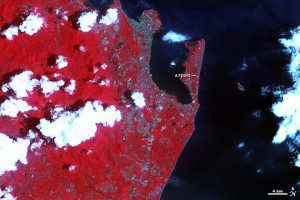 In this 2004 false-color image, the mountains west of the city of Tacloban were covered in dense vegetation, which appears red.

When Typhoon Haiyan struck the Philippines on Nov. 8, 2013, it pounded the island of Leyte with winds near 195 mph and a tremendous storm surge. Subtle differences in before-and-after false-color images acquired by NASA’s Terra satellite reveal wide-scale disaster impacts from the storm. 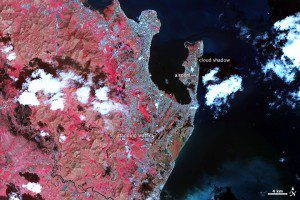 Near the coast, the storm’s impact is unequivocal. Much of the area south of Tacloban is tan where the storm surge washed away plants and buildings, leaving mud-covered ground. This is the clearest evidence of the storm surge. The small peninsula where Tacloban’s airport is located was one of the most severely affected parts of the city, and a close look at the image shows that this area is also brown, which means that few plants or buildings survived.