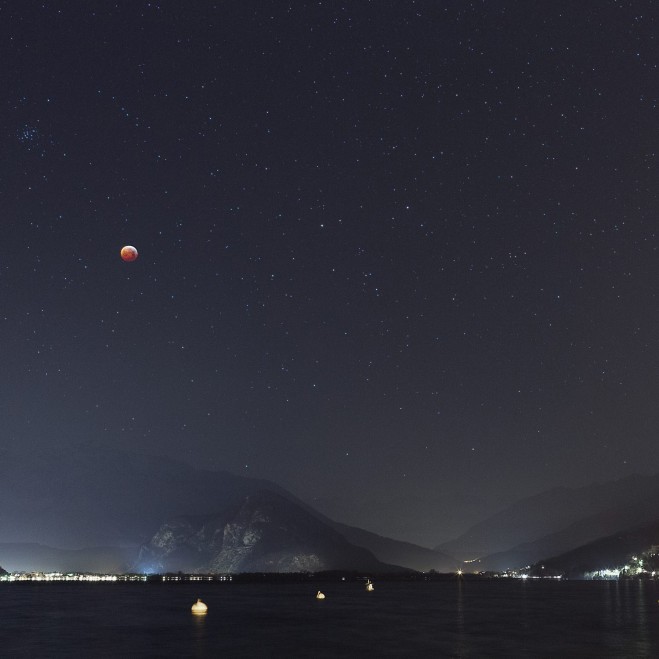 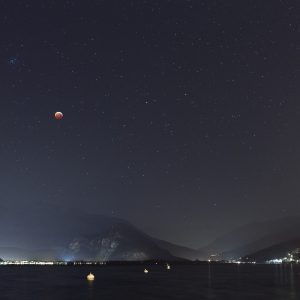 A total lunar eclipse took place on Jan. 21, 2019. As the Moon passed through the shadow of Earth, it appeared in orange and red hues because a small portion of sunlight was refracted by Earth’s atmosphere and mostly red light reached the Moon.

This particularly dramatic picture was taken with the moon over Lake Maggiore, the second largest lake in Italy and the largest in southern Switzerland.