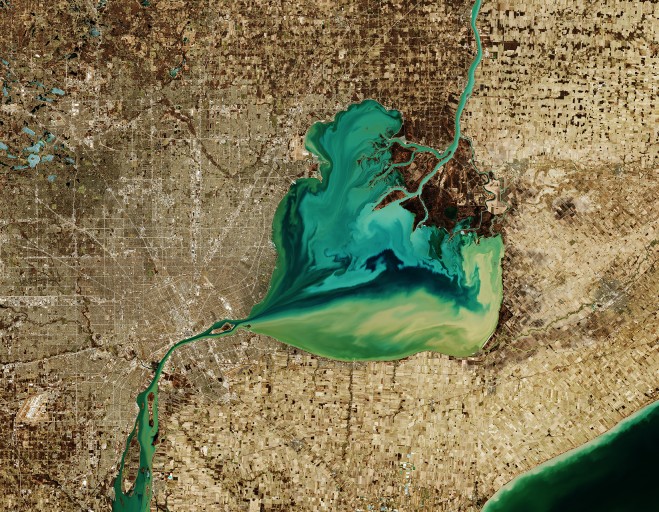 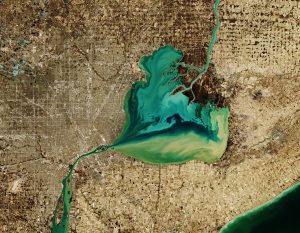 The Copernicus Sentinel-2 mission takes us over Lake St. Clair, forming the border between Ontario, Canada, to the east, and Michigan to the west.

The Saint Clair River is visible at the top of the image and flows southward, connecting the southern end of Lake Huron with Lake St. Clair, visible in the center of the image. The river branches into several channels before reaching the lake, creating a seven-mouth delta. Much of the area surrounding the delta is used for agriculture.

The Thames River, visible east of the lake, begins in a swampy area of Ontario, before emptying its muddy waters into Lake St. Clair. Here the murky-colored waters mix with the turquoise waters from the Saint Clair River, creating this fusion of color visible in the heart-shaped lake. The waters then exit the lake via the Detroit River.

Lake St. Clair is approximately 40 kilometers long and 40 kilometers wide, with an average depth of around 3 meters. The lake is a popular site for fishing and boating, and more than 100 species of fish inhabit the lake, including walleye, rainbow trout and muskellunge.

Detroit, the largest city in Michigan, is visible directly above the Detroit River. The city lies on a relatively flat plain and its extensive network of roads in the city are clearly visible in the image.