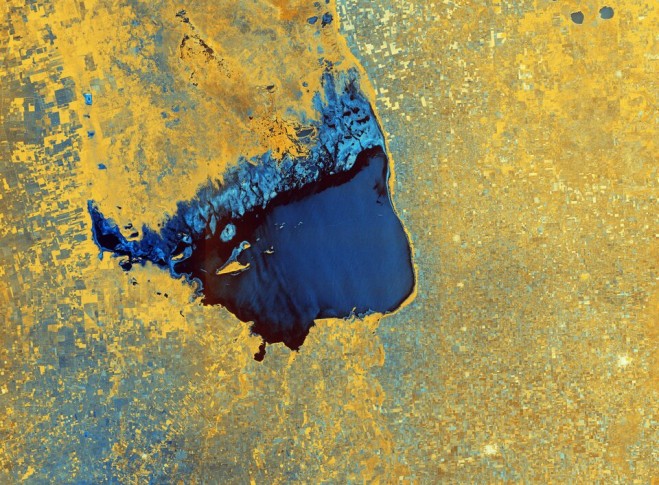 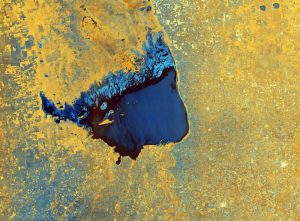 Lake Mar Chiquita, approximately 70 kilometers long and 24 kilometers wide, is fed primarily by the Primero and Segundo rivers from the southwest and from the Dulce river from the north. While these rivers flow into the lake, there isn’t a natural outflow of water so it only loses water by evaporation, hence Lake Mar Chiquita being described as an endorheic lake. The lake’s surface area, as well as its salinity, varies considerably (ranging between 2,000 and 6,000 square kilometers), although it’s slowly diminishing in size owing to evaporation.

Several small islands lie in the lake, the most important of which is El Médano. Vast expanses of saline marshes can be seen on the lake’s northern shore. The lake has been designated as a Ramsar Site of International Importance and is considered one of the most important wetlands in Argentina owing to its rich biodiversity. More than 25 species of fish are known to breed in Lake Mar Chiquita, with fishing and livestock being the principal land uses.

The colors of this image come from the combination of two polarizations from the Sentinel-1 radar mission, which have been converted into a single image.

As radar images provide data in a different way than a normal optical camera, the images are usually black and white when received. By using a technology that aligns the radar beams sent and received by the instrument in one orientation—either vertically or horizontally—the resulting data can be processed in a way that produces colored images such as the one featured here. This technique allows scientists to better analyze Earth’s surface.

Shades of blue in the image show where the differences between the two polarisations are higher, for example the saline marshes in the lake’s north, whereas the crops and agricultural fields in the surrounding area appear yellow, indicating fewer differences between polarizations. Fields, such as those visible in the bottom-left corner of the image, appear blue most likely because they are wetter. Several villages, including San Francisco and Rafaela, are identifiable in white in the bottom-right of the image.