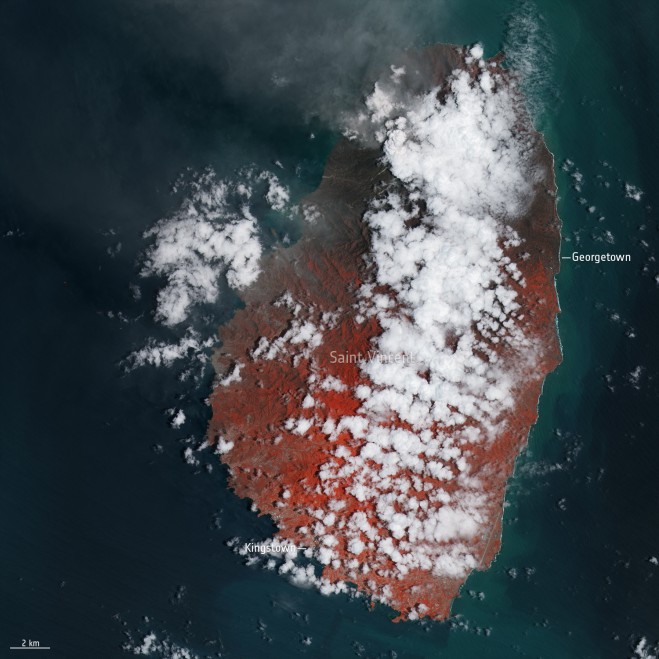 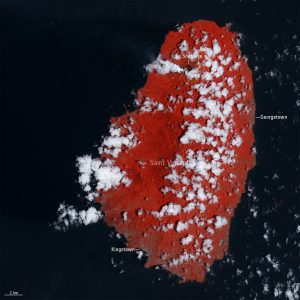 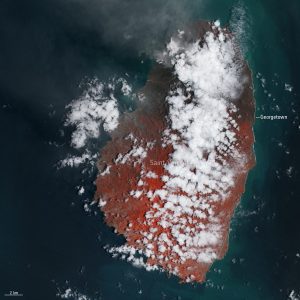 Volcanic eruptions on Saint Vincent have blanketed the Caribbean island in ash leading to over 16,000 residents to be evacuated from their homes. False-color images captured by the Copernicus Sentinel-2 mission show the aftermath of the explosive eruption that took place on April 9, 2021.

La Soufrière is an active stratovolcano on the Caribbean island of Saint Vincent in Saint Vincent and the Grenadines. A series of explosive events began in April 2021, forming a plume of volcanic ash reaching 8 kilometers in height, and generating pyroclastic flows down the volcano’s south and southwest flanks.

The image on the left was captured on April 8, one day before the first main eruption, while the image on the right was taken on April 13 and shows the northern part of the island covered in ash.

The images have been processed in a way that included the satellite’s near-infrared channel. This type of band combination is most commonly used to assess plant density and health, as plants reflect near-infrared and green light, while absorbing red. Since they reflect more near-infrared than green, dense, plant-covered land appears in bright red.