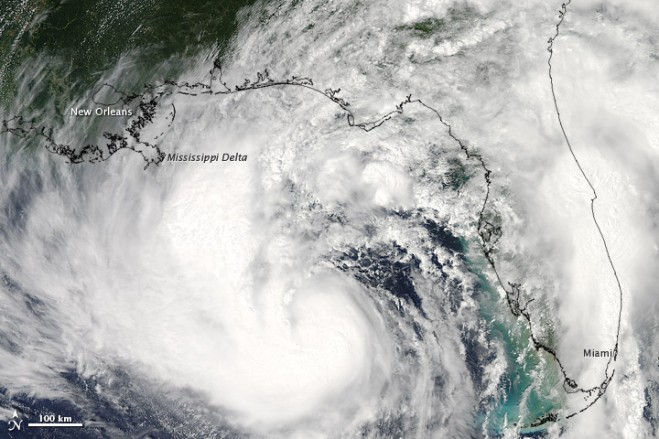 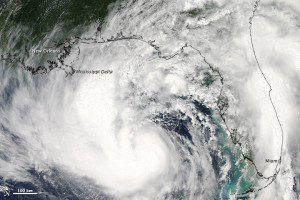 Hurricane Isaac is forecast to keep lashing Louisiana with heavy rains Wednesday and Thursday as it hovers over the region, unleashing 80-mph winds and causing widespread flooding in New Orleans and other coastal cities.

A swollen Mississippi River spilled over the top of a levee in at least one coastal community near New Orleans. Wind gusts of more than 80 mph extended 60 miles from the slow-slogging storm’s center, with winds of nearly 40 mph extending up to 185 miles. The center of the storm, moving at 6 mph, was wobbling slowly inland at 6 mph over southeastern Louisiana.

The storm landed at 3:15 a.m. ET just west of Port Fourchon, about 60 miles south-southwest of New Orleans, according to the National Hurricane Center. Isaac, upgraded from a tropical storm to a Category 1 hurricane midday Tuesday, first touched land in Plaquemines Parish, about 90 miles southeast of New Orleans on Tuesday evening before heading back over the Gulf of Mexico.

Because it is moving so slowly, the storm system could dump up to 20 inches of rain in some areas and already was causing major flooding as a storm surge pushes water from the Gulf into coastal cities. The hurricane center says Mississippi and southeastern Louisiana could see peak surges of 12 feet.