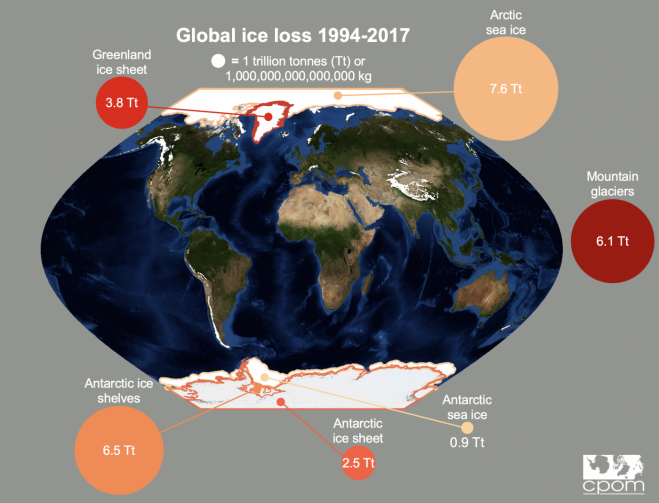 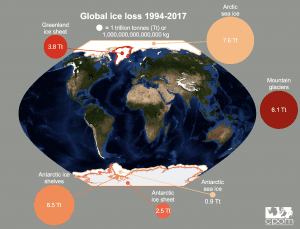 A research team—the first to carry out a survey of global ice loss using satellite data—discovered that the rate at which ice is disappearing across the planet is speeding up. The findings also reveal that 28 trillion metric tons of ice was lost between 1994 and 2017. This image shows how much ice has been lost in different regions.

A paper published in The Cryosphere describes how a team of researchers led by the University of Leeds in the UK used information from ESA’s ERS, Envisat and CryoSat satellites as well as the Copernicus Sentinel-1 and Sentinel-2 missions to find that the rate at which Earth has lost ice has increased markedly within the past three decades, from 0.8 trillion metric tons per year in the 1990s to 1.3 trillion metric tons per year by 2017.

To put this into perspective, 1 trillion metric tons of ice can be thought of as a cube of ice measuring 10x10x10 kilometers, which would be taller than Mount Everest.