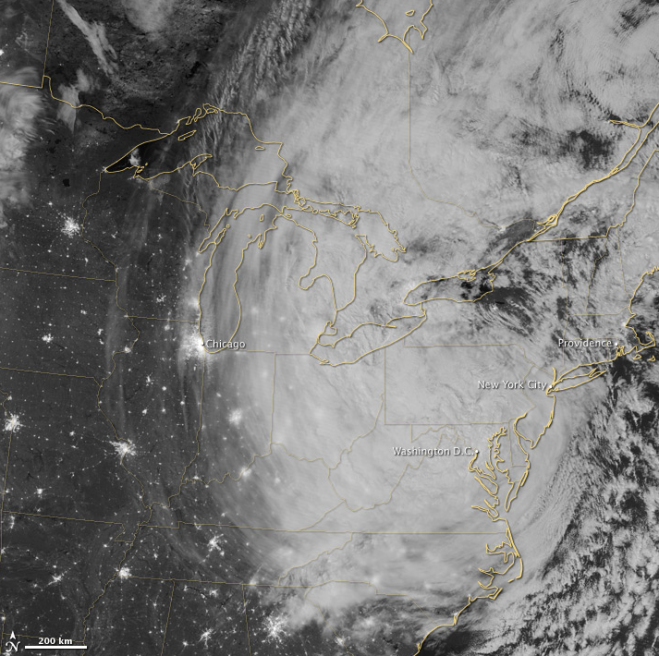 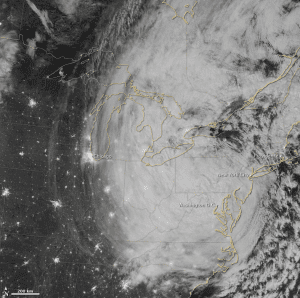 Hurricane Sandy made landfall along the southern New Jersey coast on the evening of Oct. 29, 2012. The Suomi NPP satellite acquired the accompanying image of the storm around 3:35 a.m. Eastern Daylight Time on October 30. The full moon, which exacerbated the water height at the time of the storm surge, lit up the tops of the clouds.
Sandy’s clouds stretched from the Atlantic Ocean westward to Chicago. Clusters of lights gave away the locations of cities throughout the region, but along the East Coast, clouds obscured city lights, many of which were out due to the storm. On October 30, CNN reported that several millions of customers in multiple states were without electricity.