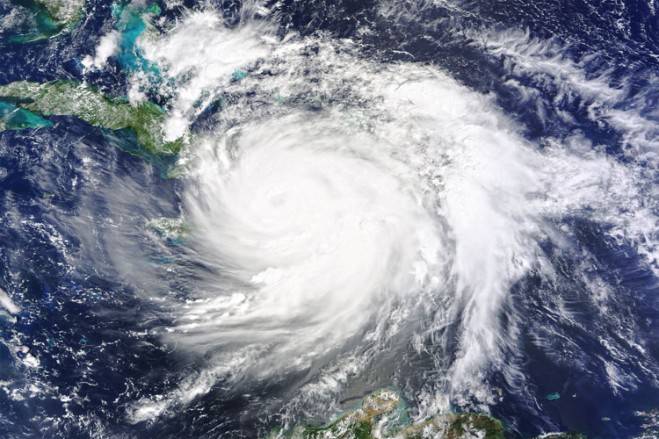 The Moderate Resolution Imaging Spectroradiometer (MODIS) on NASA’s Terra satellite acquired this natural-color image of Hurricane Matthew when it made landfall on Haiti and had top sustained winds of about 230 kilometers (145 miles) per hour. (Credit: NASA Earth Observatory image by Joshua Stevens, using MODIS data from the Land Atmosphere Near real-time Capability for EOS)

At least 1,000 Haitians are dead as a result of the storm, and the United Nations estimates that 1.4 million people in the area need humanitarian assistance. Although the entire country sustained damage from the storm, the western edge of Haiti was devastated, where large portions of several towns were turned into rubble.