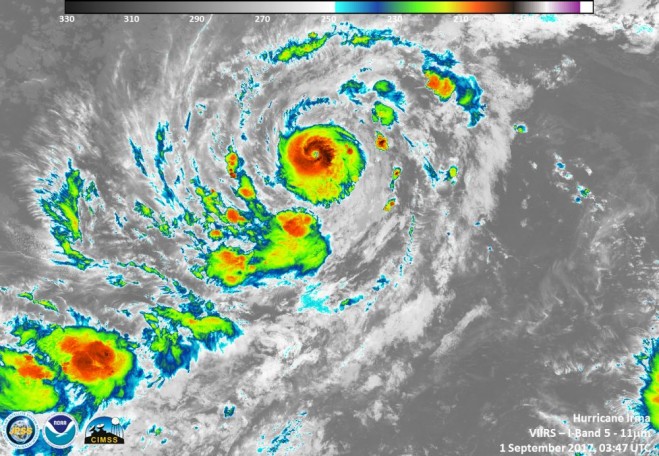 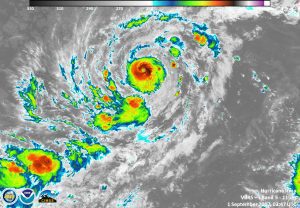 Infrared data from the VIIRS instrument aboard showed powerful thunderstorms around the eye, where cloud-top temperatures were as cold as 190 Kelvin. The colder the cloud tops, the higher they are in the troposphere, and the more powerful the storms. NASA research has shown that storms with cloud-top temperatures that cold have the potential to generate heavy rainfall.