December 6, 2011
Hovering on a Layered Horizon 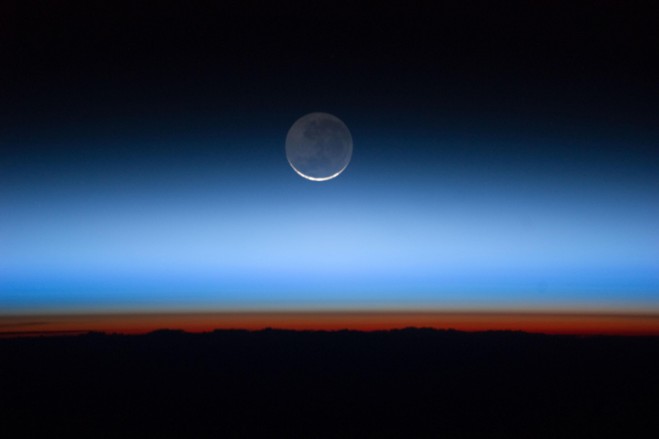 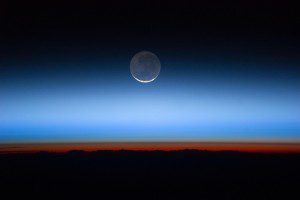 This view of Earth from the International Space Station allows scientists to detect the gases and particles that make up the different layers of our atmosphere. Closest to Earth’s surface, the orange-red glow reveals the troposphere—the lowest, densest layer of atmosphere, as well as the one we live within.

A brown transitional layer marks the upper edge of the troposphere, known as the tropopause. A milky white and gray layer rests above that, likely a slice of the stratosphere with perhaps some noctilucent clouds in the mix. The upper reaches of the atmosphere—the mesosphere, thermosphere and exosphere—fade from shades of blue to the blackness of space.

The different colors occur because the dominant gases and particles in each layer act as prisms, filtering out certain colors of light. Instruments carried on satellites and on craft such as the space shuttle have allowed scientists to decipher characteristics of the ozone layer and the climate-altering effects of aerosols.

A thin crescent of the moon is illuminated by the sun from below Earth’s horizon. Though the moon is more than 384,400 kilometers (238,855 miles) away, the perspective from the camera makes it appear to be part of our atmosphere.