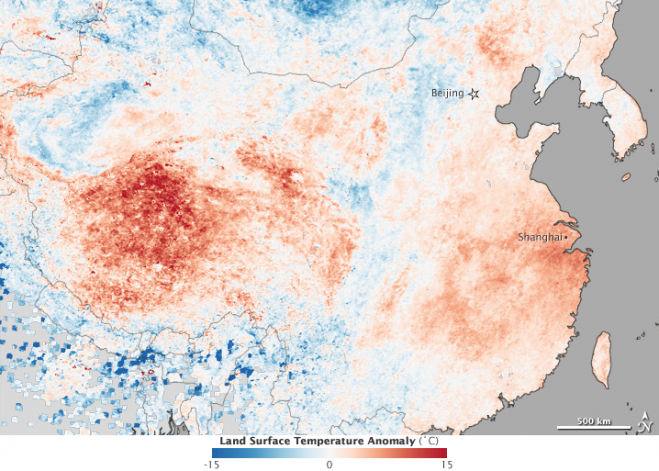 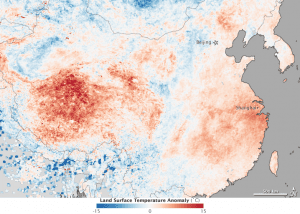 For the entire month of July and the first half of August, eastern China baked in a record-breaking heat wave. Nineteen provinces endured above-normal temperatures. Shanghai broke its all-time record high three times in as many weeks. At least 40 people have died during the heat wave, including 10 in Shanghai, according to the Xinhua news service.

During a heat wave, ground temperatures soar, particularly in urban areas where there are fewer plants to cool the ground with shade and evapotranspiration. Paved or metallic surfaces can become warm enough to cook food.

Though miserable everywhere, the heat wave was likely worst in China’s cities, where manmade surfaces absorb heat during the day and cool slowly at night. As a result, cities are warmer during the day and slower to cool at night, making an extended heat wave more uncomfortable, and more deadly, in a city.