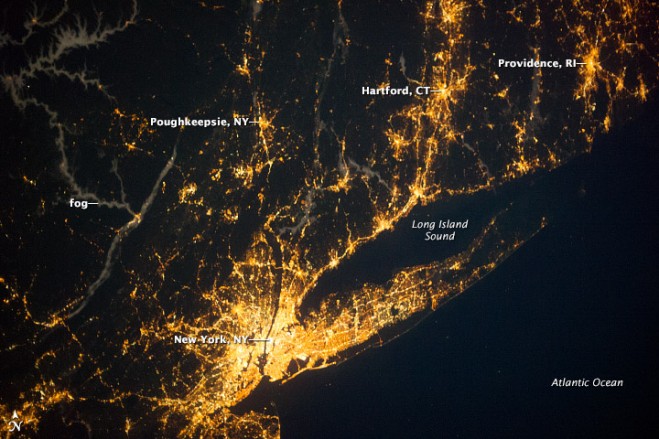 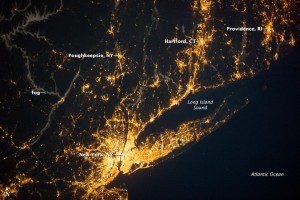 Long Island Sound is well outlined by city and roadway lights in this nighttime photograph taken from the International Space Station. The manmade traceries of light are accompanied by a natural phenomenon: Fog is visible stretching along several river valleys.

Long Island Sound is an estuary along the upper East Coast of the United States. The area is bound by Long Island (New York state) to the south, the coastline of Connecticut to the north and the southeasternmost coastline of New York to the west.

Cold air streaming into the valleys at night causes local temperatures to drop. Fog develops when temperatures drop low enough for water to condense from the air.

Compare this image with a similar photo taken from the International Space Station 10 years ago to see how the light sensitivity and resolution of cameras has improved.