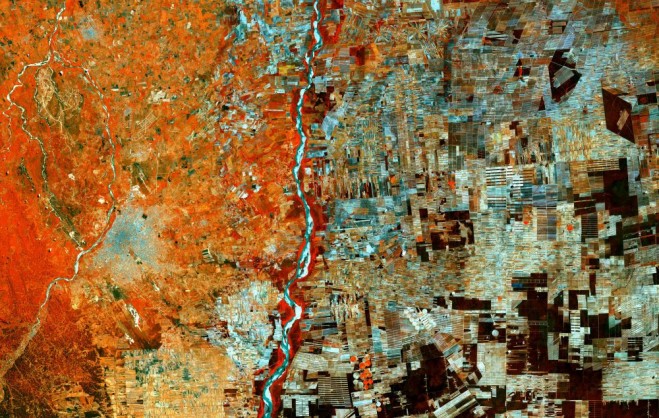 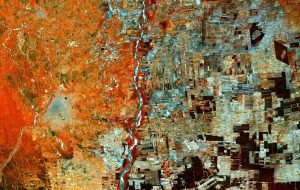 Marking the International Day of Forests, this Copernicus Sentinel-2 false-color image shows an area of Bolivia that was once covered by trees but has now been cleared for resettlement and agriculture.

Bolivia’s city of Santa Cruz can be seen at the mid-left. One of the fastest-growing cities in the world, this important commercial center lies on the Pirai River in the tropical lowlands of eastern Bolivia. To the east of the city, and particularly east of the Guapay River, or the Río Grande, a huge patchwork of agricultural fields can be seen. Back in the 1960s, this was an area of largely inaccessible and thick Amazon forest. However, as an area of relatively flat lowland with abundant rainfall, it is suited to farming.

As part of a drive to develop and improve the economy, there has been rapid deforestation since the 1980s to accommodate programs to resettle people from the Andean high plains and develop the area for agriculture, particularly for soybean production. This has resulted in the region being transformed from dense forest into a large mosaic of fields. As well as countless rectangular fields, radial features can be seen where individual farmers have worked outwards from a central hub of communal land.