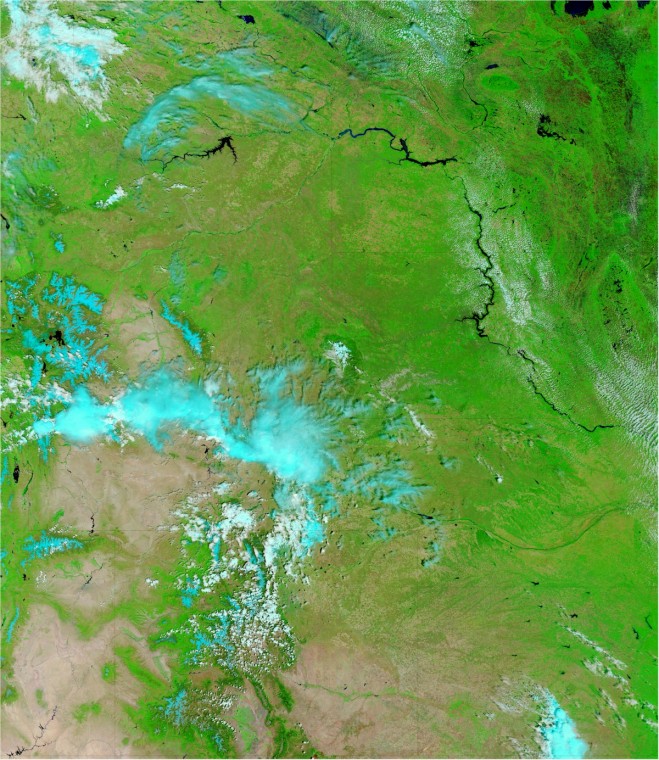 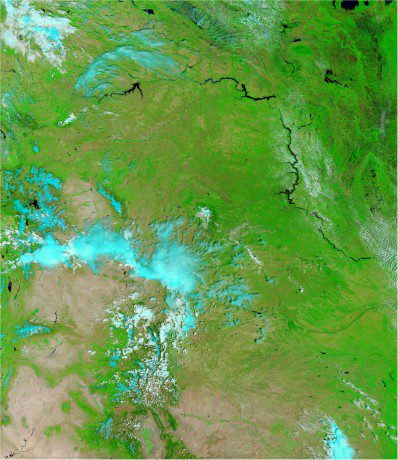 On June 22, 2011, the U.S. National Weather Service (NWS) forecasted record flooding for multiple locations along the Souris River in North Dakota, including Sherwood, Minot, Towner, Bantry and Westhope. On June 23, 2011, the U.S. National Weather Service’s Advanced Hydrological Prediction Service (AHPS) reported major flooding of the Souris River in or near all of these locations.

The Moderate Resolution Imaging Spectroradiometer (MODIS) on NASA’s Terra satellite captured these images on June 23, 2011 (top), and June 24, 2010 (bottom). Both images use a combination of visible and infrared light to increase contrast between water and land. Water varies in color from electric blue to navy. Vegetation is green. Bare ground and fallow fields are earth-toned. Clouds are pale blue-green. 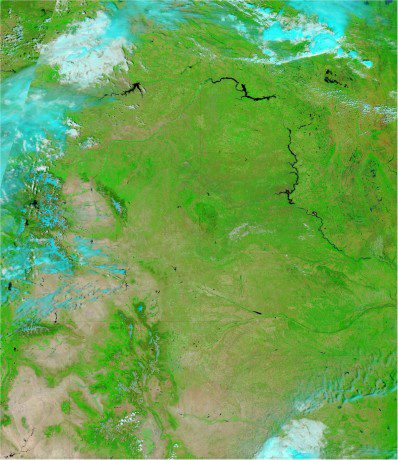 Parts of the Souris River disappear from view in the 2010 scene, but the river is clearly visible throughout its path a year later.

In this satellite view, the river appears especially swollen near Bantry and Towner, but the Souris actually overtopped levees in Minot, according to the NWS. A sharp rise in the water level occurred near Sherwood overnight June 21 and 22, and the AHPS forecast a significant rise in river level near Minot around June 24. Originating in Saskatchewan, the Souris River loops southward through North Dakota before flowing into Manitoba.