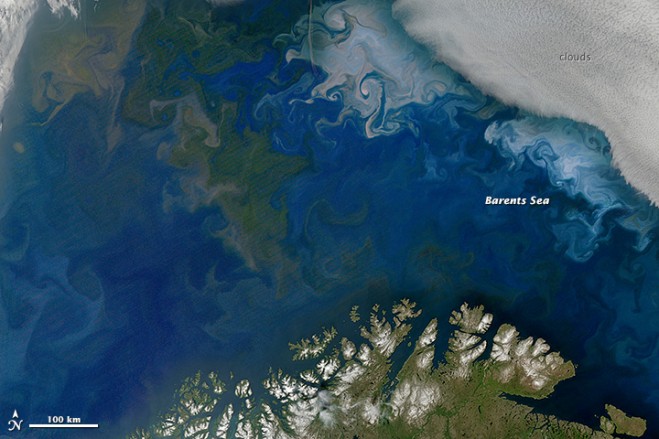 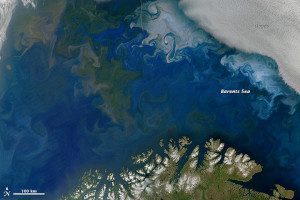 As the seasons and years pass on Earth, different species tend to dominate the landscape at different times. Such is the case in summer in the surface waters of the Barents Sea, north of Scandinavia and Russia. NASA satellites recently captured a transitional moment between one form of microscopic, plant-like organisms (phytoplankton) and another as summer water conditions changed.

Previous research has suggested that diatoms, a microscopic form of algae with silica shells and plenty of chlorophyll, start to bloom in the well-mixed surface waters of spring and dominate the early summer. As the water warms and becomes more stratified, or layered, coccolithophores bloom more abundantly from late July into the autumn. Coccolithophores show up as milky white-green in satellite imagery due to their calcium carbonate shells.