November 21, 2013
Discovering the Many Shapes of Lava 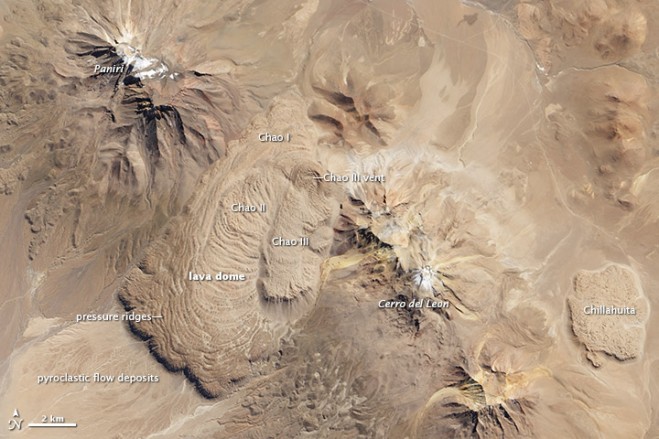 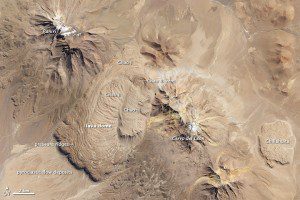 On May 14, 2013, NASA’s Landsat 8 satellite acquired this image in northern Chile, which highlights some of the distinctive features of a coulée.

Streams of molten rock that ooze from gaps or vents in the Earth’s surface are called lava flows. Though generally slow moving, these rivers of rock pose a hazard to everything in their path.

Lava flows can take many shapes and move at different rates, depending on the viscosity of the magma, the slope of the land and the rate of an eruption. Viscous (sticky), nonexplosive flows produce distinctive landforms known as lave domes. These circular mounds form as lava slowly oozes from a vent and piles up on itself over time.

Lava domes tend to have steep, cliff-like fronts at their leading edge and wrinkle-like pressure ridges on their surfaces.The Chao is a type of lava dome known as a coulée. These elongated flow structures form when highly viscous lavas flow onto steep surfaces.