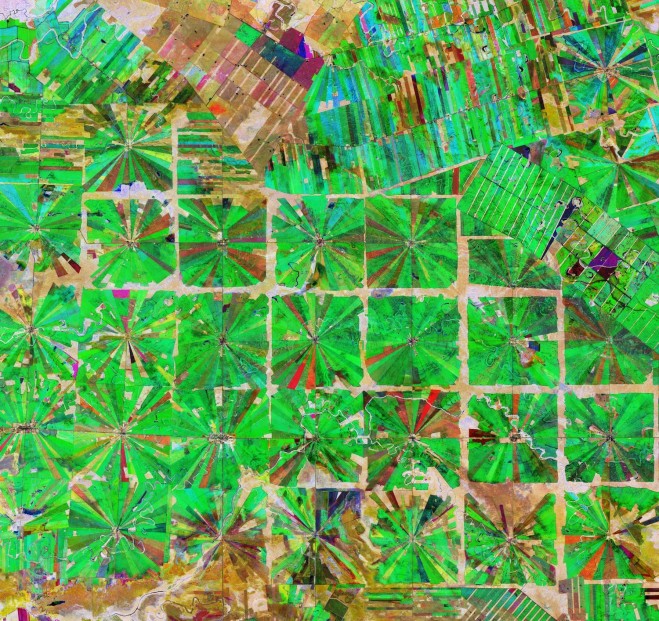 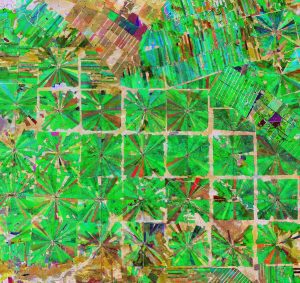 This Copernicus Sentinel-2 image features an area in the Santa Cruz Department of Bolivia, where part of the tropical dry forest has been cleared for agricultural use.

Since the 1980s, the area has been rapidly deforested owing to a large agricultural development effort where people from the Andean high plains (the Altiplano region) have been relocated to the lowlands of Bolivia.

The relatively flat lowlands and abundant rainfall make this region suitable for farming. In fact, the local climate allows farmers to benefit from two growing seasons. The region has been transformed from dense forest into a patterned expanse of agricultural land. This deforestation method, common in this part of Bolivia, is characterized by the radial patterns that can be seen clearly in the image. Each patterned field is approximately 20 square kilometers, and each side is around 2.5 kilometers long.

Small settlements can be seen in the center of each individual field in the image, which typically contain a church, a school and a soccer field. These communities are joined by a road network depicted by the straight lines that bisect the radial fields and connect the adjacent areas.

Meandering streams and rivers can be seen flowing through the fields. The long, thin strips of land in the top right of the image are most likely cultivated soybean fields.

This composite image was created by combining three separate “Normalised Difference Vegetation Index” images from the Copernicus Sentinel-2 mission. The first image, from April 8, 2019, is visible in red; the second from June 22, 2019, can be seen in green; and the third from Sept. 5, 2019, can be seen in blue.