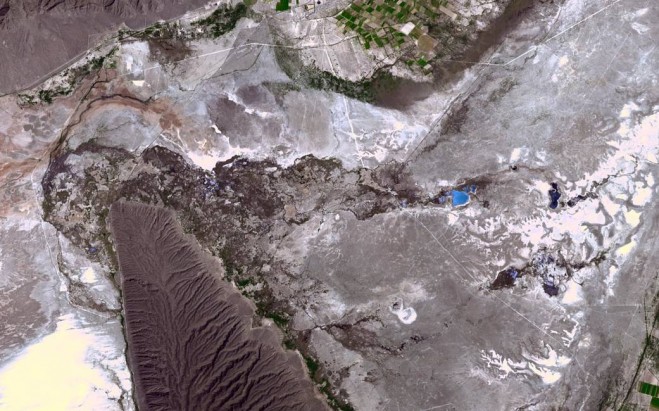 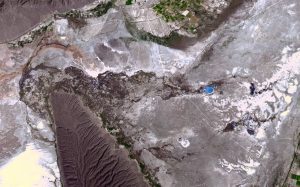 In the northern Mexican state of Cohuilla lies the Cuatro Cienegas Basin. Dotting the landscape are small pools, formed by natural springs, in which are found live stromatolites. These stony layered structures are formed by colonies of cyanobacteria that trap sedimentary grains. Their major presence in the fossil record of several billion years ago is evidence of some of the earliest life on Earth. The biological reserve of Cuatro Ciénegas could have strong links to discovering life on Mars, since the adaptability of bioforms in the region is unique in the world.

The image was acquired by the ASTER instrument aboard the Terra satellite. With its 14 spectral bands from the visible to the thermal infrared wavelength region and its high spatial resolution of about 50 to 300 feet, ASTER images Earth to map and monitor the changing surface of our planet.