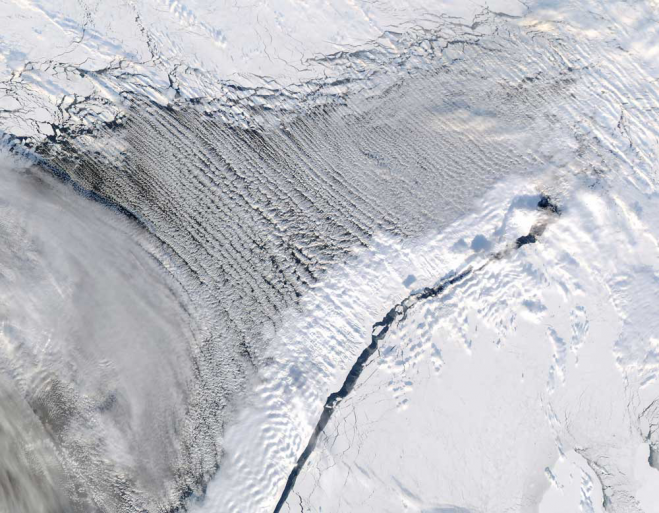 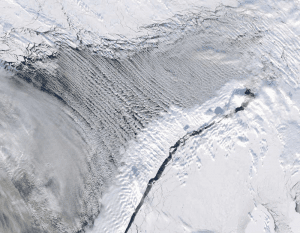 The Moderate Resolution Imaging Spectroradiometer (MODIS) on NASA’s Aqua satellite captured this natural-color image of “cloud streets” over the Barents Sea and Mezhdusharsky Island on March 7, 2017. Such formations occur frequently in the region in late winter.

Cloud streets form when moisture rises from warmer water (compared to the air just above) in columns of heated air called thermals. These thermals rise until they are trapped under a layer of warmer air in a process called temperature inversion. This makes cylinders of rotating air that cool and condense into cumulus clouds. Prevailing winds comb these clouds into the street patterns. The clear parts between the clouds consist of drier, sinking air.

“What happens is that very cold and dry air from above the sea ice is transported out over the open ocean. We call such events ‘cold air outbreaks,’” said Erik Kolstad, a researcher at Uni Research and the Bjerknes Center for Climate Research in Norway. “Cold air outbreaks are interesting because they are hotbeds of extreme weather.”