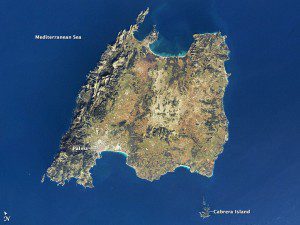 The Balearic Islands are an archipelago located in the Mediterranean Sea to the southwest of Spain. Catalan”the native tongue”and Spanish are the official languages. The islands are an autonomous community and province of Spain, located about midway between the southeastern coastline of Spain and the northern coastline of Algeria.