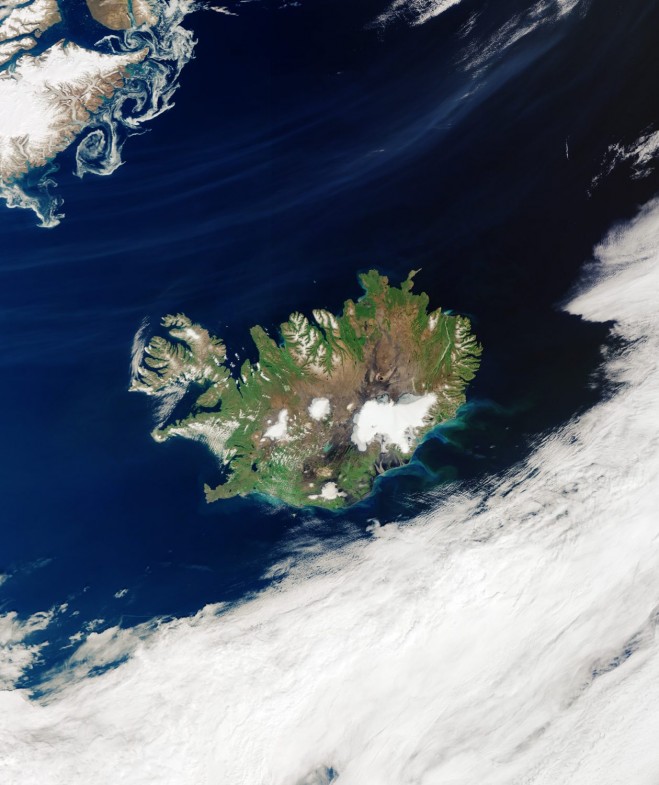 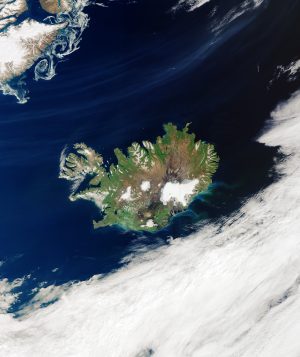 The large, white area visible on the island is a national park that encompasses the Vatnajökull Glacier. Covering an area of approximately 8,400 square kilometers with an average ice thickness of more than 900 meters, Vatnajökull is not only classified as the biggest glacier in Iceland, but the biggest in Europe.

The white, circular patch in the center of the country is Hofsjökull, the country’s third-largest glacier and its largest active volcano. The elongated white area west of Hofsjökull is Langjökull, Iceland’s second largest ice cap.

Reykjavík, the capital and largest city of Iceland, is located on the Seltjarnarnes Peninsula, in southwest Iceland. In the top-left of the image, several sea ice swirls can be seen off the coast of Greenland.