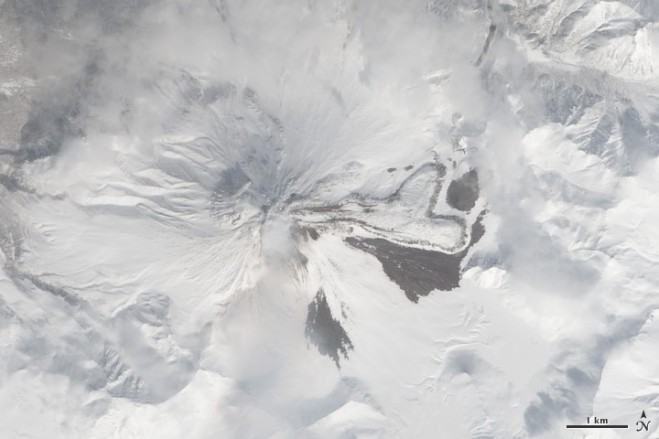 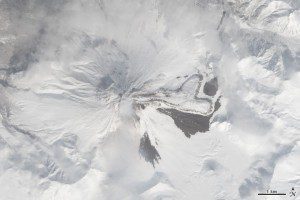 The Kizimen volcano is one of five active Kamchatka volcanoes imaged by NASA’s Landsat 8 satellite on April 14, 2014

Remote. Cold. Rugged. Those three adjectives capture the essence of Russia’s Kamchatka Peninsula. Another word—perhaps more applicable than anywhere else on Earth—is “fiery.” Forty of Kamchatka’s 113 volcanoes are “active,” either erupting now or capable of erupting on short notice. The Landsat 8 satellite captured activity at five of them during a single satellite pass on April 14, 2014.

Plate tectonics is responsible for the many volcanoes on Kamchatka Peninsula. The Pacific Plate is slowly colliding with and sliding beneath the Okhotsk Plate. As rock from the Pacific Plate descends and encounters higher pressures and temperatures, it melts into magma. Over time, magma accumulates and migrates up toward the surface, causing volcanic eruptions.

Read the full story and view all five volcanoes.